Farmers who raise goats know that goats often become prey for coyotes, wolves, wild dogs, and wild cats like cougars. Goats have no good defenses against these predators, which is why farmers rely on livestock guardian dogs for protection.

Farmers who use livestock guardian dogs see a substantial decrease in their losses and can also alert to intruders of the human variety as well, which is why everyone goat farmer needs one.

So, what is the best guardian dog breed for goats?

Read below to find out which one of these fabulous guardian dog breeds for goats might be the best fit for you.

Main Roles of a Guardian Dog

Livestock guardian dogs are bred for the purpose of guarding livestock such as goats, sheep, and other smaller farm animals. They are raised with the livestock, so the dogs feel as though they are part of the flock or herd.

They establish a territory and will protect the livestock against the predators that come into that territory.

The main roles of a guardian dog:

Some livestock guardian dogs are less aggressive than others and may not be the best for attacking predators, which is why farmers need to ensure they choose the right guardian dog for their property needs.

Areas that have a high predation threat should choose a breed that is more aggressive and willing to attack.

Guardian dogs are bred to do a job and will live with the flock or herd they are protecting. This means that they are not good for general farm dogs or family pets, although most guardian dogs will also protect humans from predators as well. 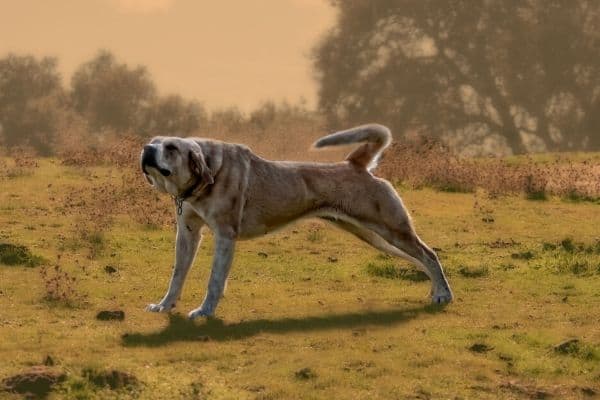 They originate in Turkey and have been used by sheep and goat shepherds for centuries. American farmers and ranchers began bringing Anatolian Shepherds to the United States in the 1950s after World War II, but the breed did not become popular until the 1970s for livestock guardians in America.

This breed is extremely agile and fast and has a keen sense of hearing. They are independent and don’t need a lot of human interaction to do their jobs well because they are very protective and loyal to their flock.

They are also great self-thinkers and are happiest when they have a job to do. They do not thrive as companion dogs. Anatolian shepherds average 90-150 pounds.

They are a good choice for high predation environments as they have a higher aggression drive when provoked than some other livestock guardian breeds. 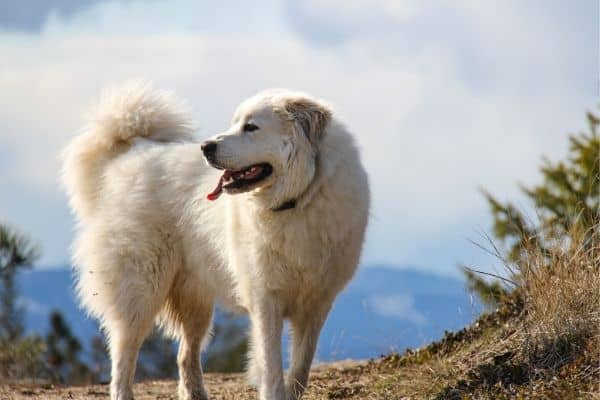 Great Pyrenees are known in history for being the royal dog of France and is considered one of the most beautiful dog breeds today due to their beautiful long, white coat and regal stance.

Great Pyrenees have very thick coats that are great for cold climates; however, the coat makes them susceptible to overheating in climates that are humid and hot. These dogs have a loud bark that is deep and intimidating.

They were alert to any suspicious predator immediately. Full-grown males are usually around 100 pounds. They don’t have a high aggression drive and are best for guarding goats against foxes, coyotes, and feral dogs. 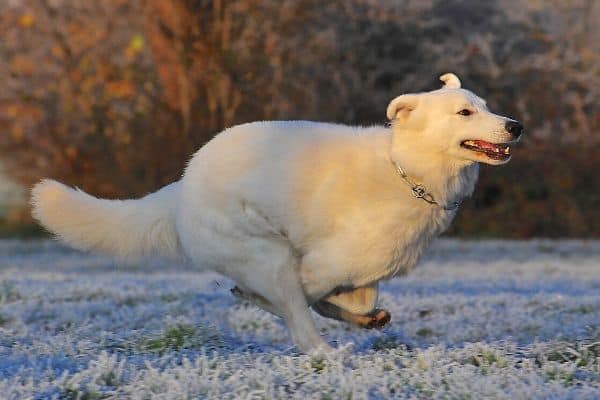 Kuvasz is a great guardian dog breed for farmers who want a dog that is fearless but can also be sweet when socialized with the family. These dogs are nimble, have a large, sharp bark, and are not overly huge, weighing in at around 100 pounds on average.

Their coats are medium length and easily manageable for most climates. Kuvasz dogs are also easy to train, as they are highly treat motivated. 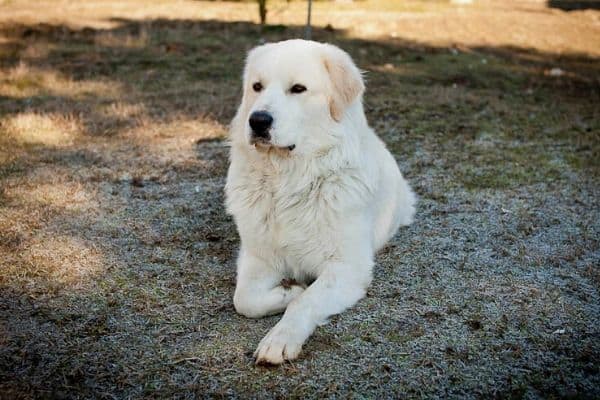 Maremma Sheep Dogs are usually under 100 pounds and are very loyal and protective of their herd or flock but aloof with humans. This breed prefers to live with their livestock and comes from the hills of Italy, making it perfect for hilly, rocky pastures and the Mediterranean like climates that might be warmer.

These dogs are perfect for guarding livestock against foxes, coyotes, and feral dogs. 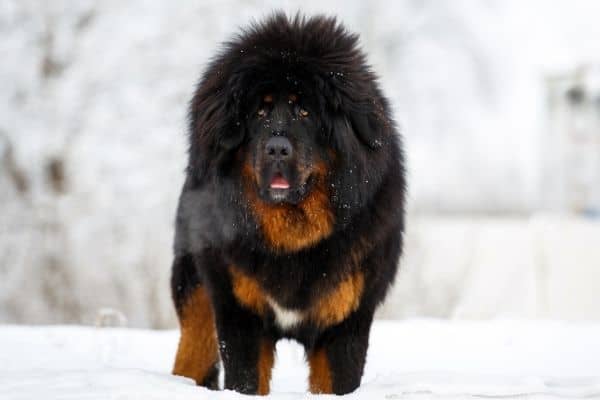 One of the largest of the livestock guardian dog breeds, they usually weigh in at well over 100 pounds and sometimes closer to 200 pounds. They have a very heavy, long coat and bushy tail.

They are protective and loyal but also known to be gentle giants because they aren’t as naturally aggressive as other breeds. However, their imposing size and the huge amount of fur scares lone predators away easily.

Things to Consider Before Getting Started

One of the most important things to consider when choosing the best livestock guardian dog breed for protecting goats is to decide what the goals are based on the environment where the farm is located.

Farmers and ranchers must match up dog breed traits to the needs they have and demands of the location such as climate, predation level, risk of intruders, number of people working on the farm, and more.

Farmers should always choose a dog from a breeder that has a documented reputation with success in protective guard dogs and has provided the proper care and upbringing.

Choosing a younger dog is always best because they should be raised with the flock or herd they are guarding from as young an age as possible to imprint and have naturally protective instincts over the animals.

Farmers should also look for breeders that specialize in working dogs rather than companion animals or show animals. The pedigree and temperament for these types of animals are very different.

Not all is lost; however, if the guardian dog is not raised from a pup with the herd. Livestock guardian dogs are prized for their intelligence and are very adaptable and easy to train, although some breeds require a lot more socialization to be successful in their human interaction.

Farmers should also expect to spend anywhere from $500-$1,000 on a puppy and $1,000 or more on trained, adult livestock guardian dogs. These working dogs are an investment in the safety and security of your property and worth every penny when you have a predator problem in your area.

ActiveDogSports.com is a participant in the Amazon Services LLC Associates Program. As an Amazon Associate I earn from qualifying purchases.