There are several countries that have blessed the world with incredible dog breeds. Newfoundland gave us the Labrador Retriever and Germany gave us the German Shepherd.

Mexico, which has already gifted the world with its amazing culture, food, people, and goods, decided to honor us with five amazing dog breeds. Several of these breeds may be new to you, while others you’ve seen in movies, at the dog park, and at your local pet store.

Getting To Know The Breeds

If you’ve ever taken the time to glance over a general list of dog breeds, you may find yourself overwhelmed by just how many there are. Especially nowadays with the rise in new breeds like the Goldendoodle, the Cockapoo, and the Chorgi, there’s no telling where the list will end.

So where do all of those dog breeds come from? Many of the breeds originated in Europe and Asia, while others were developed in Australia and the United States.

Surprisingly, only five breeds originate in Mexico. Some of these breeds you’ve definitely heard of, while others may be completely new to you.

In the following sections, we are going to introduce you to the Chihuahua, Chamuno, Xoloitzcuintli, Calupoh, and the Chinese Crested. Each of these dogs has a unique history, with most of these breeds having originated thousands of years ago. 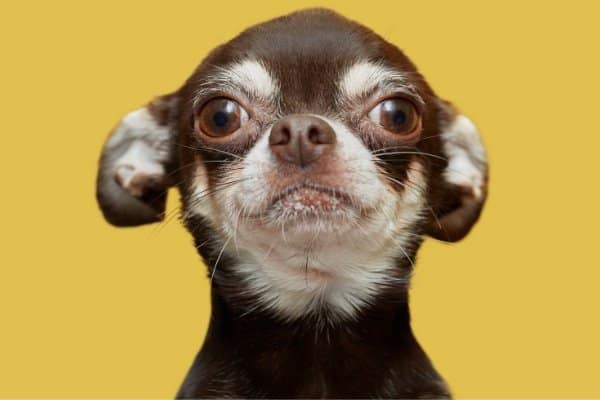 We wanted to start our list off with a dog we all know and love. The Chihuahua is arguably the most popular Mexican dog breed and has even had some marketing fame as the mascot for Taco Bell.

They’re a compact, quirky, and loving breed. Despite their small size, they have plenty of attitude and are fearless when it comes to asserting themselves against bigger animals.

They are great for apartment dwellers and are small enough to fit in most tote bags. They’re definitely the kind of dog you can take anywhere with you.

This dog breed is quite possibly the rarest on our list, partly because their breeding is often performed in secret. Unfortunately, these dogs are often used as fighting dogs because of their ferocious nature and temperament.

They share genetic traits with the American Pit Bull, including the recognizable pit bull appearance. The Chamuco has earned a fearful reputation and is a common character in folklore.

Despite their ferocious reputation and the fighting they are often forced to endure, they are sweet dogs that can thrive when raised in a loving and nurturing environment. 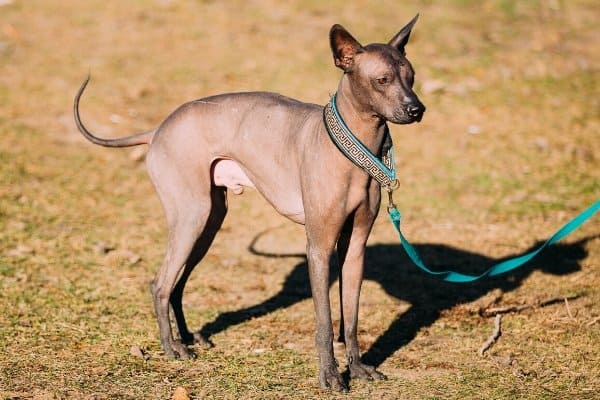 We’re going to spend some time discussing one of the most iconic Mexican dog breeds – the Xoloitzcuintli. Try saying that three times fast! This dog is perfect for those who struggle with allergies and for those looking for an affectionate addition to their family.

This breed is smart, strong, and has roots that date back to the Aztecs. Their hairless skin gives them an easily recognizable appearance. They are strong, smart, and are great family protectors. 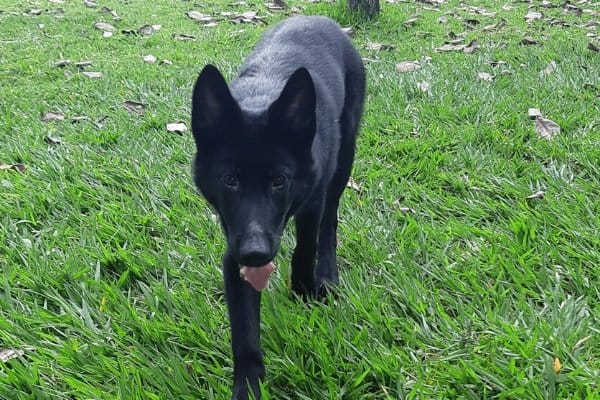 The Calupoh is a historic Mexican dog breed whose breeding dates back centuries. The Calupoh is a wolf-dog hybrid that was developed early in the pre-Hispanic years of Mexico, and it wasn’t until the 1990s that the first Calupoh was documented.

The genetic project working to maintain this breed has been ongoing since the 1990s, and it is considered a cultural Mexican symbol. See below for several interesting facts about the Calupoh. 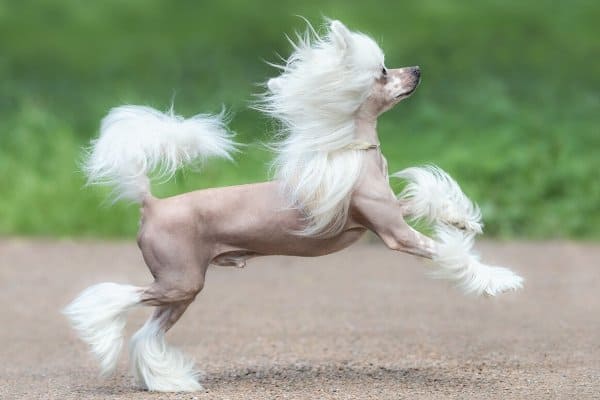 I’m going to go ahead and stop you because I know what you’re thinking. Yes, the Chinese Crested is on this list of Mexican dog breeds on purpose.

It is believed that the Chinese Crested was originally derived from the Xoloitzcuintli, one of Mexico’s most ancient dog breeds. The Chinese Crested has a surprising look and has won awards because of its appearance alone.

Since the Chinese Crested is derived from a Mexican dog breed, and has really rooted itself in China, I guess you could call this breed multicultural.

We’re glad we have been able to help you make friends with some new breeds! Mexican dog breeds are interesting with their unique ancient backgrounds, appearances, and varying personalities.

Some of them, like the Chihuahua, are known world-wide and have immense popularity among dog owners. However, breeds like the Chamuno have a less positive reputation, despite the reputation stemming from illegal breeding and events outside the control of the dog.

It’s important that these breeds are well-understood and given the proper love they deserve. Sadly, stray dogs are rampant in Mexico and are often mistreated due to a lack of animal control and laws preventing animal abuse.

Dogs like the Chamuno, for example, have proven to be good well-natured dogs when raised in a loving environment. Their notoriety as aggressive fighting dogs have caused them to become rare and nearly extinct as a breed.

These breeds have a lot to offer dog owners. They’re smart, affectionate, and loyal. They’ve got plenty of charisma and many have been around for centuries.

These ancient breeds were viewed as sacred spiritual guides and had a special place in ancient cultures. Who knew that the dog sitting in your lap may very well have been thought to ward off spirits or cure illnesses?

Despite only producing a small number of dog breeds unique to Mexico, for those who own and love these dogs, they’ve been given much more.

ActiveDogSports.com is a participant in the Amazon Services LLC Associates Program. As an Amazon Associate I earn from qualifying purchases.